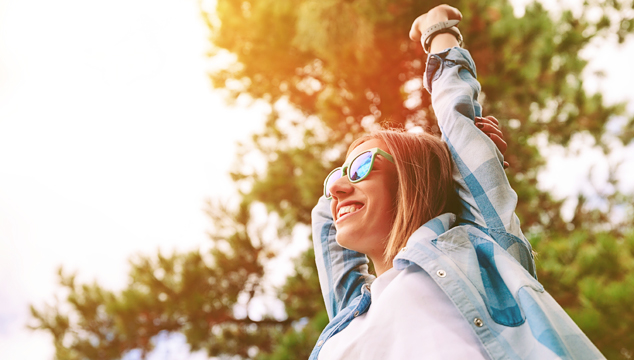 “How can I improve my English pronunciation?” This is one of the most common questions that English learners ask me.

First, let’s be clear about what pronunciation means. It’s the way that you say a word. You make sounds with your voice that English speakers recognize as a word or sentence.

These tips below will help you correct bad habits and improve your pronunciation so that you can speak English confidently!

1. Decide which accent you want to speak with.

An accent is a way of saying words that is common in a particular region or country. You don’t need to speak with an American or British accent to speak clearly, but it is important to focus on the sounds used in one accent, because it gets confusing to you and your listener if you start mixing sounds from different accents.

2. Don’t try to guess how to say a word in English. Learn how to pronounce it correctly the first time.

There are many, many words in English that are not pronounced the way they look.

When you see a new word, the worst thing you can do it try to guess how to say it or use the sounds in your native language to say the word.

You just have to listen to someone say the word. Learn with your ears, not with your eyes!

Say it right the first time.

For example, let’s pretend you are reading a book and you see the word outrageous. How do you pronounce this word? You can use a dictionary specifically for English learners. 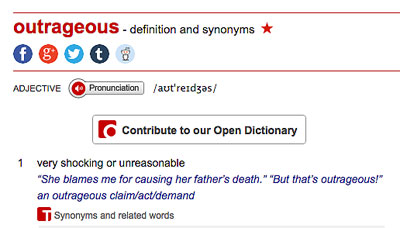 Can you see the picture of a red speaker? When you click on this icon, you can hear someone say the word.

Can you also see some strange letters and symbols next to the red icon? That’s called the IPA transcription.

3. Learn the IPA and the individual sounds of English.

You don’t have to guess how to say a word in English.

4. Pay attention to how native English speakers talk in your language.

What do people sound like when they speak your language with an American or British accent?

Do they speak slowly and sound relaxed? Do they stress parts of words? (Stress in pronunciation means saying one part of a word longer & louder than other parts of a word. ) That’s how you need to speak English.

Have you ever tried to speak your own language with an American accent?

One day I received an email from a student named Jean-Yves. He described his method for improving his pronunciation. He learned how to speak French, his native language, with an English accent! This helped him learn the sounds, the rhythm, and the intonation of English.

There’s actually a name for this technique! It’s called reverse accent mimicry. Reverse (as a noun) means opposite, an accent is the way a group of people from a specific region or country speak, and mimicry means copying or imitating the way other people speak.

Once you learn how to speak your language with an English accent, start speaking English with the same accent.

How did you learn to speak your native language (your mother tongue)? Did you read words and try to guess how to pronounce them?

That’s called imitation. Imitation means copying someone. You imitate someone by doing the same thing as someone else, or making the same sounds.

There is no other way to learn correct pronunciation.

Do you really like the way someone speaks English? Try to copy the way they speak.

Here are a couple ways that you practice imitating native English speakers:

Start with one or two words at a time, then move on to longer groups of words, and finally sentences.

b. Shadow someone speaking English.
Your shadow is the dark area or image you create when you stand in light. When you stand looking at the sun or other source of light, you block the light from everything behind you. If you turn around, you can see a dark area or a dark image of yourself. That’s your shadow. Your shadow follows you. It moves when you move.

The verb shadow can also mean follow and watch someone so you can learn what they’re doing.

Have you ever tried this when someone is speaking?

Shadowing someone speaking means repeating the sounds that you hear immediately after someone says them.

Why is this useful? Because you can hear yourself speaking and compare the sounds you make to the sounds that you hear. You can also learn how to make the right sounds. 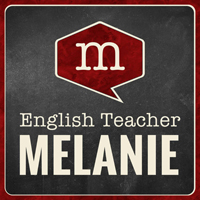 A podcast is a series of digital audio files that you can listen to on your computer or any mobile device.

Each episode of my podcast includes a story and a pronunciation tip. In the story, I use core vocabulary, the most common words in English, to tell a real world story. The pronunciation tip explains a feature of natural spoken English.

There are so many benefits to listening to the podcast.

Each story is short, so you can listen to it many times.

You can listen to the story at a slow speed and at a normal speed. You can get used to the sounds of natural spoken English.

You can listen to the sounds that I make and copy me.

The pronunciation tip will help you learn natural spoken English.

In my experience as a teacher, you can’t improve your pronunciation until you can hear your own mistakes.

It’s important to hear what you sound like speaking English so you know what you need to improve! You can compare what you sound like to what you want to sound like. For example, you can record yourself reading a sentence from one of my podcast episodes. Then, listen to me say the same sentence and compare your pronunciation.

Learn more: How to record yourself speaking English

8. Practice for at least 30 minutes every day.

Let’s be honest. You can’t improve your pronunciation if you don’t practice!

Your pronunciation will not magically improve just because you want it to.

And it will not magically improve just because you’re speaking English. You don’t learn to speak by speaking.

Speaking English is a performance skill. It’s not like history or science where you can gain knowledge from a textbook. You have to practice, and you need to practice with a purpose.

Practice the sounds of English until they feel as natural and comfortable as the sounds of your language. It won’t happen overnight, but gradually your pronunciation will improve.

What is practicing with a purpose? It’s not just doing something over and over again and hoping you will get better.

Many English learners think that improving your pronunciation means learning how to speak fast.

Don’t try to speak too quickly. If someone can’t understand what you’re saying, it doesn’t matter how fast you speak!

10. Get Used to Feeling Uncomfortable.

One of the biggest problems for English learners is feeling uncomfortable when making the sounds of English.

You have been speaking English your way for a long time. It feels natural to you. When you try to improve your pronunciation, it doesn’t feel natural. It feels strange making new positions with your tongue and lips.

The sounds of English may be very different from the sounds in your language. It may be difficult and even uncomfortable for your mouth to make some of the sounds in English.

This is very important to understand. Even though you may feel uncomfortable and strange making the sounds of English, you sound normal to a native speaker.

Looking for even more excellent tips? Here are the two books that I recommend for English learners and teachers. I learned a lot about English pronunciation from these two books, and I have used these books extensively as a teacher.

Other places where you can look for these books:

This is the best book on American pronunciation for both teachers and advanced learners! It focuses on the things that will help a non-native speaker speak with a standard American accent: difficult consonant sounds, linking, syllable and word stress, intonation, and the difference between casual and formal speech. At the back of the book there is a native language guide that explains what speakers of different languages, like Chinese, Spanish, Russian, etc., need to focus on. This book is now in Kindle form on Amazon, too! (Amazon.com)

This book explains each individual sound in standard American English, as well as all the other elements of spoken English: rhythm, stress, intonation, consonant clusters, plurals, contractions, and past tense verbs. This is a great book for teachers to use as a classroom textbook as there are a lot of exercises teachers will find useful in the classroom. It is better for teachers than for students, as the 2 included CDs don’t say all the words and exercises. This book also helps to learn the IPA as it uses the IPA symbols to help explain American English pronunciation. (Amazon.com)