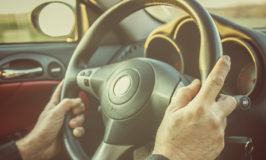 Listen to a story about a car accident I had many years ago! You’ll also learn how how to say the modal verb phrases “should have” and “should not have” in fast, natural spoken English.

Could is a modal verb. Modal verbs are common in English. Modals are used before other verbs to express ideas such as ability, possibility, certainty, necessity, or permission. A modal verb is an auxiliary verb. It is a helping verb. It can’t be used by itself in sentence. It must be used before another verb. […] 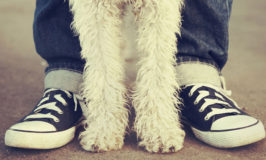 Listen to a story about a strange encounter I had with a dog when I went for a walk around my neighbourhood. You’ll also learn how to contract and reduce the verbs “could have been” into the sound /kʊdəv bɪn/. 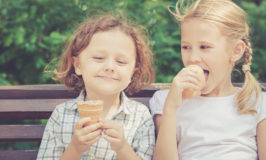 In a previous grammar lesson, you learned how to use used to to talk about things you did in the past but you don’t do now. In the listening lesson “53 Years Together!”, I talked about things my parents did when they were dating. I said … They would go on dates to the movies […]

Modal verbs are one of the most frustrating parts of English grammar. One modal verb can have many different meanings, and it’s difficult trying to remember all those meanings. In this article, you’ll learn one use of the modal verb could.   In the listening lesson “The Heroic Dog!”, I talked about a dog I […]