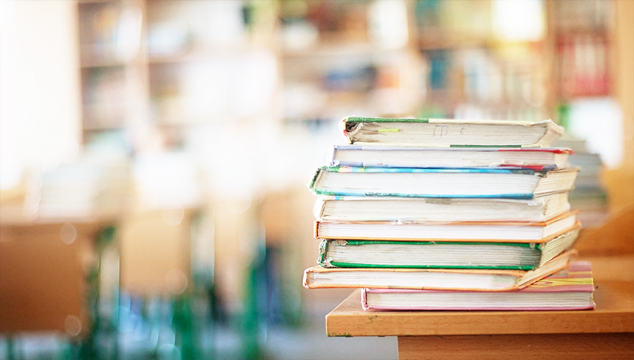 Last week, the American dictionary company Merriam-Webster announced that it had added 100 new words & definitions to its Collegiate Dictionary [= dictionary for people in college/university]!

These words are slang words and words that have been created to describe new events or products. They have been in use for a few years, but this is the first time they will be in a Merriam-Webster dictionary. You may see or hear these words when you watch American TV shows & movies, or read American magazines & newspapers.

The company did not publish the entire list of words, but here are some words I was able to find. I also provide some examples of the words used in headlines, so you can better understand the context:

(noun, countable)
This expression was made famous by daytime talk show host Oprah Winfrey. “Aha!” is a common English interjection. It’s a sound that English speakers make when they finally see, find, or understand something. Oprah used the expression ‘aha moment’ to describe something similar: a moment of sudden realization, inspiration, insight, recognition, or comprehension. It’s that moment when you suddenly understand something: an idea, your path in life, a situation, anything.

Watch a video of Oprah herself talking about the word.

(noun, countable)
A bromance is a close, nonsexual friendship between two men.

Bromance = brother + romance (even though a bromance is non-romantic!)

(noun, countable)
This was actually the title of a 2007 Hollywood movie with Jack Nicholson & Morgan Freeman. The two characters in the film had terminal cancer [=cancer that will lead to death], and decided to go on a trip to do all the things they had never done before but wanted to do before they died. We used to use the expression ‘things to do before I die,’ but it is now more common to talk about things on one’s bucket list.

It comes from the idiom ‘to kick the bucket,’ which is a very informal way to say ‘die.’

You cannot walk to your local store and buy a craft beer. Craft beers are not widely available like Molsons, Heineken, etc.

An example of a craft beer is the beer that U.S. President Obama makes at the White House: White House Honey Ale

(noun, countable)
The best example of an energy drink is Red Bull. It’s a drink that helps you feel more awake. This kind of drink is carbonated [ =fizzy, with lots of small bubbles at the top]. It contains ingredients like caffeine (usually found in coffee), taurine, or ginseng, that increase your energy.

(noun, countable)
The best example of an e-reader is a Kindle. An e-reader is an an electronic reading device [electronic + reader = e-reader]. It is used to read an e-book [=a digital book; electronic + book = e-book]. It is also portable, meaning you can carry it with you wherever you go.

Yahoo!: Melissa Leo apologizes for Oscar f-bomb
(Actress Melissa Leo used the f-word during her acceptance speech at the Oscars)

*This is the word that got the most attention when the announcement was made. Many people were angry that this word was included in a dictionary!

(noun, countable)
Something (or someone) introduced into a situation or activity that changes things significantly (usually positively).

Examiner.com: Samsung GALAXY Note 10.1 is a game changer
(Samsung has introduced its new tablet. The company believes it is better than other tablets (like the iPad) and will change the tablet market.)

(noun, countable)
A man cave is a space or room in a house that is just for a man and his friends. The decor is very masculine, and it’s a place where men can drink beer & watch football, boxing, … or whatever it is men do.

It’s better to look at photos of a man cave than to read about it:
Houzz.com
HGTV.com: 8 Dude-tastic Man Caves

(noun, countable)
A mash-up is something (a piece of music, for example) created by combining two or more existing things. For example, the song ‘Numb/Encore‘ is a mash-up of the songs ‘Numb’ by Linkin Park, and ‘Encore’ by Jay-Z.

The word ‘mash-up’ became popular in 2004 when Danger Mouse released The Grey Album. He combined Jay-Z’s voice from his The Black Album with music from the Beatles The White Album.

(noun, uncountable)
To ‘text’ someone = to send someone a short message on a cellphone. A text is usually just words, but can also include photos. ‘Texting’ is the gerund form of ‘text.’

‘Sexting’ is the act of sending sexual messages or naked pictures of yourself to someone’s cellphone. It is possible to use ‘sext’ as a verb.

(adjective)
This word was used a lot in the U.S. in early 2009. The U.S. government wanted to spend money on shovel-ready projects to improve the economy & help it recover from a recession.

A shovel is a tool used to dig holes in the ground, and lift & remove dirt. Shovels are used on construction projects, like making new roads or buildings.

If a project is shovel-ready, it is ready to begin. The shovels are ready to dig into the ground and get started on the project. The project just needs money to begin.

(noun, countable)
This expression was made popular by the book The Tipping Point: How Little Things Can Make a Big Difference by Malcolm Gladwell.

If something tips, it leans to one side or falls over. The tipping point in a situation, project, or process, is the point when things past that point will never be the same. The effect or change cannot be stopped or undone.

Globe & Mail: Women’s soccer at a tipping point in Canada after Olympic odyssey
(The Canadian women’s soccer team won a bronze medal at the Olympics. People hope this will encourage young women to join a soccer team.)

(adjective)
This new definition is a result of something that happened in the American economy. Starting around 2006, the housing market collapsed and house values decreased. Many homeowners found themselves underwater.

When people buy a house, they go to the bank and ask for a loan. A loan for a house is called a mortgage. To be ‘underwater’ is to owe more money to the bank than the home is worth. For example, if you have $100,000 mortgage with a bank, but your home is only worth $75,000, your home is underwater. If you sell the house, you will not be able to pay the bank $100,000.