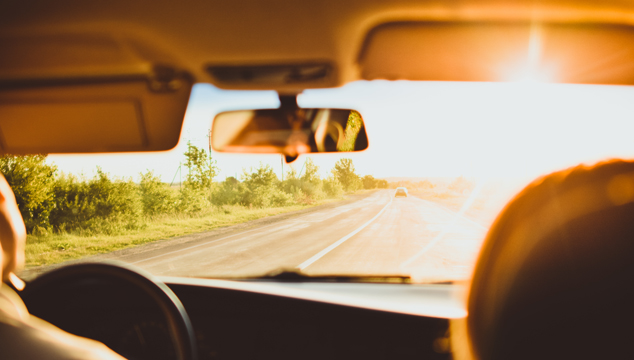 Conditional sentences in English are used to talk about events and their results.

If this event happened or if this condition existed, this would happen.

If the present were different, this would happen.

You can use the the second conditional to give advice, give reasons why you can’t do something, ask hypothetical questions, or generally imagine that your life is different. These are things that are not real, so this conditional is also called the present unreal conditional.

Learn more: What are conditional sentences?

Take a look at this condition:

If I lived in a big city

This is not a complete sentence. There is some information missing. What would I do if I lived in a big city? How would my life be different?

In this sentence, the modal verb would means that you are imagining the result. This result hasn’t happened, and may or may not happen, but it’s possible.

Take a look at this result:

I would go out every night.

If I lived in a big city, I would go out every night.

This is the second conditional sentence structure.

Yes, use the simple past in this sentence even though you are talking about a present situation. That’s OK!

Now that you understand how to form the second conditional, let’s focus on when to use it.

The most common use of the second conditional is giving advice to people. You imagine what you would do if you faced the same decision or situation as someone else.

If I were you, I wouldn’t tell anyone about this.

If I were her, I’d apologize for being late.

If I were you, I would dump him and find a new boyfriend!

You can change the order of the clauses. When the if-clause is in the second part of the sentence, you don’t need to use a comma.

I would buy the red dress instead of the blue dress if I were you.

The second conditional can also be used to ask for advice:

What would you if you were me?

If you were me, would you look for a new job?

Yes, you read that correctly. It’s OK and very common to use I were in the second conditional sentence structure. “I were” is the subjunctive form of the verb be.

Learn more: What is the subjunctive mood?

It’s not grammatically wrong to use “If she was here, …” or “If I was him, …” However, many people think that this is incorrect because it is so informal. If I were you, I would always use were!

EXCEPTION! Don’t use “If I was you … ” This is very informal and sounds uneducated, although you will sometimes hear native speakers use it. You can use “If I was ____ … ” with other pronouns, just not with the pronoun you.

You don’t always need to wait for someone to ask you for advice! Sometimes we give advice even when no on has asked us. When you are giving advice, you can leave out if I were you, and just say what you would do.

I wouldn’t worry about it.

I would call him.

I would wear the black dress.

2. Giving Reasons Why You Can’t Do Something

We often need to say no when someone asks us to do something. Saying no to people is difficult, however, so we soften our replies.

We can use the second conditional sentence structure to give reasons why.

If there were more hours in a day, I would gladly help with this project, but I have so much on my plate right now

I would love to catch up if I didn’t have to work late this week. Let’s make plans for next week.

If my health were better, I would spend more time volunteering.

If I had more time, I would learn English. If I weren’t so busy, I would have more time to learn and practice English.

If I had more money, I would buy a new car.

If I had a better education, I would get a better job.

Hypothetical means imaginary or not real. When you ask a hypothetical questions, you ask someone to imagine what she or he would do in certain situations. These situations are not real and there may be no possibility that these situations will happen in the future, but it is fun to imagine something different.

What would you do if you didn’t have to work?

What would you do if you were fluent in English?

What would you do if you won the lottery?

If you won the lottery, what would you do with the money?

If you had only one day to live, what would you do?

We can also imagine what we would do in hypothetical situations.

If I were president, I would cut taxes.

If I won the lottery, I would take my family on a trip around the world.

If I had only one day left to live, I would spend the day with my family.

You can use the modal verb could in the if-clause. It’s a way of asking if you were able to, or if you had the ability to, or if it were possible to.

When you use the modal verb in the second conditional, the if-clause is not in the past tense.

If you could go anywhere in the world, where would you go?

If you could be any famous person in the world for a day, who would you be and what would you do?

If you could have any job in the world, what would it be?

Learn more: How to ask the question “If you could … ?”

You can also use this pattern to imagine things that you could do.

If I could go back in time and give myself advice, I’d tell myself not to worry so much about what other people think.

If I could read her mind, I’d know exactly what to buy her for Christmas!

If I could go back in time, I would spend time with my grandfathers. One died before I was born and one died when I was a year old.

I’d go to Scotland if I could.

These silly questions are sometimes asked in job interviews.

If you were an animal, what would you be?

If you were a type of fruit, what fruit would you be?

If you were a movie character, which character would you be?

4. Making Polite Requests: “It would be great if you could …”

You can use this pattern to make polite requests instead of asking a question.

It would be great if you could help us paint the house this weekend!

It would be great if you could let me know as soon as possible.

It would be great if you could finish this report by Monday.

If I lived near a train station, I wouldn’t need a car.

Children would be healthier if they spent more time exercising and less time playing videos games!

He’d have more time to spend with his kids if he worked less!

She would be skinnier if she didn’t eat so much!

Peter would be healthier if he didn’t smoke.

If my grandmother were alive today, she would be 107!

a. In spoken English, the subject + would is often contracted.

If I were him, I’d buy a house instead of renting one.

I’d spend all day reading books if I could.

Don’t use a comma when the result-clause is first:

I would look for a new job if I were you.

c. You can make one or both clauses negative.

If I were you, I wouldn’t worry about it.

If I didn’t have a TV, I would be bored.

If he didn’t go to work every day, he wouldn’t have any money.