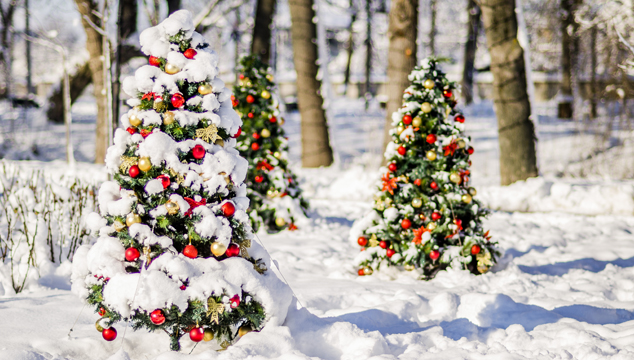 The Christmas season has begun and everyone is getting into the Christmas spirit! We wish each other ‘Merry Christmas’ and send Christmas cards to family and friends. We decorate the outside of our houses in brightly coloured lights and the inside with Christmas-themed decorations. Every town and city has a Santa Claus parade. Workplaces have end-of-year parties. It’s a fun time of year!

For children, Christmas is the best day of the year! Weeks before Christmas, children have their picture taken with Santa at the local mall. They write letters to Santa telling him whether they’ve been naughty or nice and telling him what they want for Christmas. On Christmas Eve, children put out cookies and milk for Santa (he has a long night ahead of him!). When they wake up in the morning – presents! Lots of them! Just for them under the Christmas Tree!

[Somewhere around the age of 8-10, children come to realize (or are told by cruel older children) that there is no Santa Claus. This is a very sad day for kids.]

Every December, my family has an annual Christmas party for all our aunts, uncles, and cousins. On Christmas morning, we gather around the Christmas tree to open presents. Afterwards, we have a huge breakfast – usually pancakes with maple syrup and bacon. In the afternoon, we rest before more family comes over for more gift-exchanges and a huge dinner!

The primary purpose of Christmas is to celebrate the birth of Jesus Christ, the central figure of the Christian religion. According to the Oxford English Dictionary, the word Christmas comes from the Old English Cristes maese, or ‘the mass of Christ.’ Christians believe that Jesus fulfilled the prophecies of the Old Testament of the Messiah being sent by God to save everyone.

Actually, we don’t really know the date of Jesus’ birth! Celebrating birthdays was not important in early Christianity, and the Bible does not record any date for his birth. It’s believed that the date December 25th was chosen by the Church in the 4th century to persuade people to celebrate Christian festivals rather than pagan ones.

Sometimes you may see ‘Xmas’ written instead of Christmas. According to the Oxford English Dictionary, X is the first letter in the Greek word for Christ (XPISTOS), so X is used as an abbreviation of the syllable ‘Christ.’ You may also see the word ‘Noel’ used. As well as the French word for Christmas, it also comes from the old English word ‘Nowell,’ meaning ‘the feast of Christmas.’ ‘Nowell’ was also used as an interjection to express joy and commemorate the birth of Christ.

People who don’t like Christmas are often called ‘Scrooge’ after a mean character from Charles Dickens’ novel A Christmas Carol. We also call people like that ‘the Grinch’ from the Dr. Seuss book How the Grinch Stole Christmas.