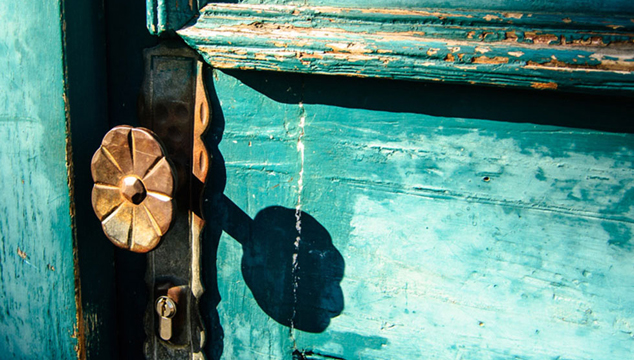 Listen to a story about how may parents lost the keys to their house!

This is a story about something that happened to my mom & dad about a year ago. They had gone out to do some shopping, and somewhere along the way they lost the key to their house. My dad left the house first, and my mom locked the door as she was leaving. She claims that she put the keys on top of the car to give to my dad. That’s the last time anyone saw the keys. When they got home, each waited for the other to open the door to the house. That’s when they realized the keys were gone. They spent the rest of day searching high & low for the keys, but they couldn’t find them.

My parents decided to wait a few days before changing the locks in case someone returned the keys. Their house has an alarm system and there was nothing on the keys that could identify them as keys to their house, so they weren’t worried about someone using the keys to get in.

You may think it’s odd to wait for someone to return the keys, but this actually happens in Canada! A charity came up with a very innovative service to encourage people to donate to them. They make identification tags for your keys. Each tag has a unique number on it, and that unique number tells this charity who & what address the keys belong to. Anyone anywhere in Canada who finds a set of keys with an ID tag from this charity can drop the keys in any mailbox or take them to the post office. Canada Post sends the keys to the charity. The charity uses the number on the key tag to look up the address of the owner in their database, and mails the keys back to the owner. For free. It’s a worthy charity & a great service, so many people donate money to it.

NOTE: The charity I talk about in the story is The War Amps. The key tag service helps the War Amps raise money to help amputees. I didn’t talk about the specific charity in the story because it’s difficult to explain using just core vocabulary. It’s a charity that helps amputees. An amputee is someone who has had part of his/her body (usually part of a leg or an arm) amputated. To amputate is to cut off or remove a part of someone’s body, usually part of a leg, foot, arm or hand. For example, after the bombing at the 2013 Boston Marathon, many people had to have their legs amputated (removed) because of damage to their legs from the bomb.

Listen to some sounds from the story. Can you understand what I’m saying?

One of the main features of English pronunciation is linking. It’s part of the rhythm of English. To link things together, means to connect them. In spoken English, words are connected together so that there is no pause between the words. Linking words together sounds more natural & makes your speech more fluid.

One of the most common methods of linking, is to link a consonant sound at the end of one word, to the vowel sound at the beginning of the next word, so that the second word sounds like a syllable of the first word. Listen again:

This is a story

she put the keys on top of the car

You may think it’s odd

this actually happens in Canada

Imitation is a great way to add linking to your spoken English. Practice different phrases & sentences that you hear. The more you practice, the easier it becomes to link words together.