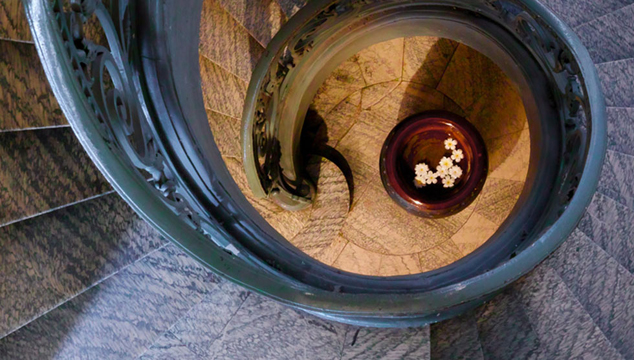 Listen to a story about an illness I had in the summer of 2013!

You’ll also learn how to hear and make the reduced form of the conjunction “or.”

At the beginning of June, I experienced a severe episode of vertigo. One morning, out of the blue, I was startled awake. When I opened my eyes, the room was spinning. It was scary because I didn’t know what was going on. I couldn’t walk, stand, or even sit up. All I could do was lie in bed and try to keep my head straight. I didn’t go to the doctor right away because this had happened to me before. I thought the vertigo would go away on its own in a day or two. However, this episode was much worse than any before. I spent a week in bed waiting for the vertigo to go away.

I slowly got better, and I even taught a class, but then I had a relapse exactly one week after the first episode of vertigo. I couldn’t get an appointment with my family doctor, so I went to a walk-in clinic. I was diagnosed with a problem in my inner ear that affected my balance. The doctor said that there was nothing she could do. I just had to wait for it to go away.

Except that it didn’t go away. I was still very unsteady on my feet 2 weeks later. Three weeks after the first episode, I went to see my family doctor. She said it could also be an inner ear infection caused by a virus. She gave me some strong pills that helped me function better, but the pills made me very tired, and I had a hard time concentrating on things.

I still feel a little dizzy sometimes when I move my head. I can’t lie down with my head flat on a pillow. I sleep with my head propped up with pillows. I can work now and I have started driving on my own, but I still sit down in the shower and I still find it difficult to concentrate for very long. I’ve had to wait three months for an appointment with an Ear, Nose & Throat specialist. My appointment is this week. I really hope he can help me.

I couldn’t walk, stand, or even sit up.

I thought the vertigo would go away on its own in a day or two.

Did you hear the word or in those sentences?

The conjunction or is unstressed and reduced in a sentence. In natural spoken English, it’s pronounced /ɚ/, like the er sound at the end of a word. Or reduced to /ɚ/ becomes an extra syllable at the end of the preceding word.

Hear are some more common expressions with or