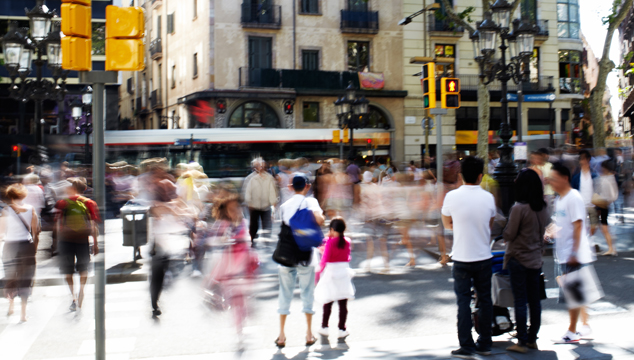 be used to + object (something, doing something)

Jane is used to her teenage son’s strange behaviour.

I just moved to London. I‘m not used to driving on the left-hand side of the road.

*be used to CANNOT be followed by a verb in the base form:
X:

*be used to is NOT the same as used to!
More example sentences:

A: How can you stand that all that noise from the construction site next door?
B: I’m used to it. They’ve been working on that building for 6 months!

He’s really nervous about making a speech in front of so many people. He‘s not used to speaking to such a large audience!

A: Aren’t you lonely living in that big house by yourself?
B: Not really. I‘m used to living alone. I’ve lived alone for the past 4 years!

Karen is really struggling! She has to get up at 5:30am for her new job and she‘s not used to getting up so early!

How do you like living in Australia? Are you used to the hot weather?

I went to the gym last night for the first time in months. My whole body is sore now! I’m not used to working out.