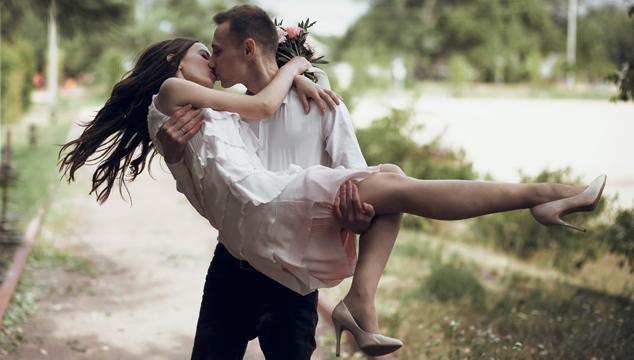 Ask Someone to Marry You

It is very easy to ask someone to marry you. You just ask, “Will you marry me?”

Of course, you need to say lots of romantic things like …

I want to spend the rest of my life with you!

I never want to be apart from you!

You are the best thing that has ever happened to me!”

When you want to talk about the moment that you ask someone to marry you, there are different phrases you can use.

My sister is very excited! She thinks her boyfriend is going to propose to her tonight!

It was such a romantic proposal. He got down on one knee and asked for my hand in marriage!

In English-speaking cultures, the traditional way for a man to ask a woman is for the man to bend down and put one knee on the ground. (Go to Google images and search for “on bended knee proposal” to see some photos.)

pop the question informal, slang
The question here is, of course, “Will you marry me?”

Those two have been dating forever! When is he finally going to pop the question???

say yes
“Will you marry me?” is a yes/no question. There are only two answers. The exciting answer is “yes.”

Did you hear the news? They’re engaged! They got engaged last month.

He’s engaged to a woman he met online.

Have you met my fiancée?

You can use marry as a verb. Marry is not used with a preposition, but it is usually followed by a person.

I want to marry my boyfriend.
X:

I am going to ask her to marry me.

We married young. We didn’t want to wait.

My parents want me to marry a lawyer or a doctor.

The verb phrase get married (to someone) is used to talk about both the day of the wedding and becoming married.

They’re getting married on June 16th.

I really want to get married and have a family.

We got married when we were very young.

We got married on May 5th.

say I do informal
During a traditional Christian wedding ceremony, the couple says their vows. These are the words when the couple makes promises to each other. You may have seen this part of a wedding in American TV shows and movies. As part of the vows in English, the bride and groom say “I do.”

Two days to go until they walk down the aisle together!
(Their wedding is in 2 days.)

After dating for several years, Ken and Erin have decided to tie the knot!

Did you hear? Adam and Betty got hitched in Vegas last weekend!

leave (someone) at the altar
The altar is the area at the front of the church where the bride and groom stand during the ceremony. You leave someone at the altar if you decide not to marry someone at the last moment, or very close to or on the day of the wedding

He got cold feet and left his fiancée at the altar. She was so embarrassed!
(get cold feet = get nervous)

After the wedding, you are married (to someone). Use the preposition to, not with.

We were married on May 5th.

She is married to Jim.
X:

an arranged marriage
A marriage where the parents (or other close family member) choose the person their son or daughter will marry.

a shotgun wedding
A wedding that happens quickly and suddenly because the woman is pregnant and the couple wants to get married before the baby is born.

an open marriage
A marriage in which the husband and wife are free to have sex with other people.

a marriage of convenience
When two people get married not because they love each other, but because they want something. This usually happens when when a non-citizen marries a Canadian so that they can stay and live in Canada.

married to your work
You spend more time at work than you do with your family!

His family rarely sees him. He spends all of his time at the office. He’s married to his work!

a match made in heaven
The man and woman are perfect for each other!

They are a match made in heaven!

Learn more: English Vocabulary: The end of a relationship