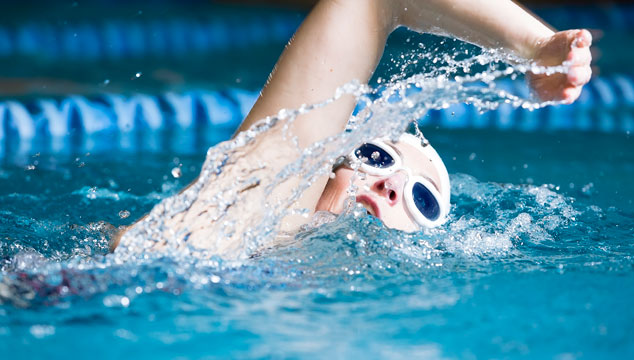 The Olympics are held in major cities. The city is called the host or the host city. Before the Games begin, the torch relay travels from Olympia, Greece to the host city.

The Games begin with the Opening Ceremony. The host city puts on a show to tell the world about the culture and the history of the city and the country. The show includes music, singing, dancing, and acting. It might include popular singers, bands or music groups, and other famous people from the country. After the show, the athletes walk into the stadium with their country. Each country is led by a flag bearer. All the athletes are wearing the official uniform of their country for these Olympics.

the northern hemisphere – the Earth above, or north, of the equator (which is the middle of the Earth)

a host – a person (or group, or country) that organizes a special event and invites people to come to it

host an event – organize and present an event, provide the locations & other services needed

a flag bearer – the person carrying the flag of that country; this is a very important responsibility

uniform – a special set of clothes that everyone in a group (students in a school, members of an army, members of a team, employees at a company) must wear

Learn more: 10 things you can learn from the 2012 Olympics

Athletes need to qualify to compete in the Olympics. They must participate in and win competitions before the Olympics.

At the Olympics, athletes compete to win a medal. There are three kinds of medals: gold (1st place), silver (2nd place), and bronze (third place).

A rival is another person an athlete competes against. Many of these athletes have been competing in sports for many years. They know other athletes from many countries around the world. They want to beat their rivals to win a medal.

When the event is over, the winners receive their medals in a medal ceremony. They stand on a podium and someone gives them their medals. They will stand and listen to the national anthem from the country of the gold medalist. While the national anthem is playing, the medallists watch the flags from their countries being raised.

There are 11,000 athletes from 205 countries competing in the 2016 Summer Olympics in Rio de Janeiro, Brazil.

Any athlete who competes at the Olympics, whether or not they win a medal, is known as an Olympian or an Olympic athlete. Olympic athletes are called elite athletes. They are the best of the best and the top athletes in their sport.

Things you can say about athletes:

She won a gold medal at the Olympics!
He’s an Olympic champion!
She is an Olympic athlete.
He has competed in four Olympics.

Michael Phelps is an American swimmer. He is an Olympic gold medalist. He has won more gold medals than any Olympian in any sport in history. He has won 22 medals at the Olympics, including 18 gold medals. He is competing in his fourth Olympic Games.
Vocabulary
train – practice a sport every day to become better at it

national anthem – the official song of a country (not: .)

play a song – cause or make it possible for a song to be heard by people, by using an mp3 player or stereo or CD player for example

a flag – a rectangular piece of material with the symbols or colors that represent a country; raise a flag

beat someone – defeat or win against someone in a competition

Each sport has its own venue, the place where the competition takes place.

Athletes want to win medals, but they also want to break records and set records. A record is the best or highest level that someone has ever achieved in a sport. It could be the highest score in sports like diving or gymnastics, or the fastest times in sports like swimming or running.

Watch:
How to Say the Names of all the Summer Olympic Sports (video)

Are you excited about the Olympics?