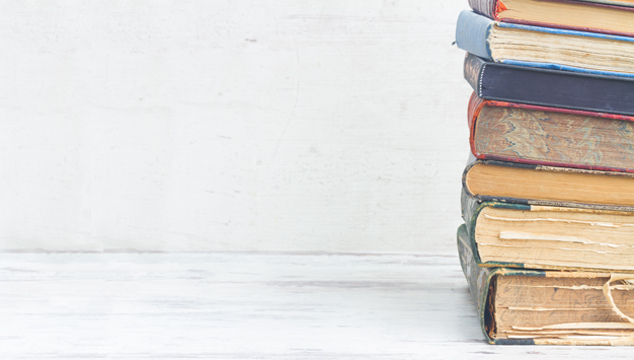 = someone who likes to read books and reads a lot

My sister is a bookworm. She reads more books than anyone I know!

= to study, or begin studying, intensely

My final exams start in 2 weeks. It’s time to hit the books!

do something by the book

The police were very careful and did everything by the book.

We did everything by the book but the bank still wouldn’t give us a loan.

“Don’t judge a book by its cover!”

She looks like a punk, but that doesn’t mean she’s a bad person. Don’t judge a book by its cover!

Alternative: “You can’t judge a book by its cover!”

Learn more: How to Talk about Books in English!

throw the book at someone

= to punish someone as severely as possible

This idiom is used to talk about criminals, or someone who has broken the law. They are punished by a judge and the court system.

He’s already been arrested twice for drunk driving. If he’s arrested again, the judge will throw the book at him.

take a page out of someone’s book

Lynn looks amazing! She’s lost so much weight. I should really take a page out of her book and start exercising.

try every trick in the book

= try something every way possible, do everything you can

We tried every trick in the book but we couldn’t get the baby to smile!

He tried every trick in the book to get her attention, but she wouldn’t agree to go on a date with him!

have your nose in a book

(This idiom is not used to talk about yourself.)

He always has his nose in a book.

Every time I see her she has her nose in a book!

I always know when she is lying. I can read her like a book.

He’s pretending that he’s not upset, but I know how he really feels. I can read him like a book.