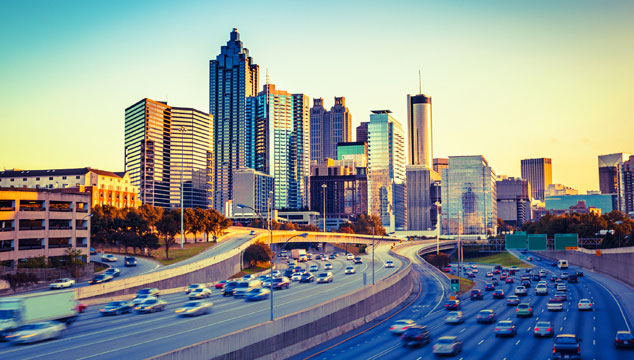 Listen to a story about my trip downtown Toronto to meet my friend!

You’ll also learn how to say names of places and streets in a city.

People think that Canada is cold all the time, but we have beautiful weather in the summer and it’s a great time to see the country. One of my friends from Australia was traveling through Canada this summer and she stopped in Toronto for a couple days. I hadn’t seen her in a few years, so I was excited to spend time with her and show her around Toronto.

As you may remember from a previous story, I live in a suburb of Toronto, about an hour north of the city. I took the bus downtown because I don’t like driving in Toronto. There are too many cars, the roads are narrow, you have to share the roads with cyclists and buses and streetcars, and parking is expensive. Besides, it’s easy to get around downtown Toronto without a car. The city has a good public transportation system, and places are close together so it doesn’t take long to walk to them.

Every major city in North America has an area called downtown. Downtown Toronto is the busiest part of the city. It’s where the financial district is located, as well as the local government buildings. There are also sports and entertainment venues, tourist attractions, shopping areas, and different neighborhoods, like Chinatown.

I met my friend at Union Station, which is the main transportation hub in downtown Toronto. From there, I took her on a short walking tour. We stopped for a bite to eat at a restaurant on Front St., and then we walked through part of the underground shopping center that connects all the office buildings downtown. There was a free concert in the public square in front of City Hall, so we stopped to watch it for a little while. We had a fun time. I wish she could have stayed in Toronto for a few more days.

How to say names of places and streets in a city
In the story, I mentioned the name of a street in Toronto, as well the names of two places.

I don’t recommend memorizing rules, but there are pronunciation guidelines that you can follow.

Official place names are proper nouns, and usually the last word is stressed in a proper noun.

[Remember: Stress = say the word louder & longer than the other word.]

I don’t recommend memorizing rules, because there’s always an exception.

In the story, I also mentioned the name of a street in downtown Toronto. Street names are proper nouns, too.

Here are some more street names in Toronto:

Here are some famous street names in the United States:

Do you live near a big city?