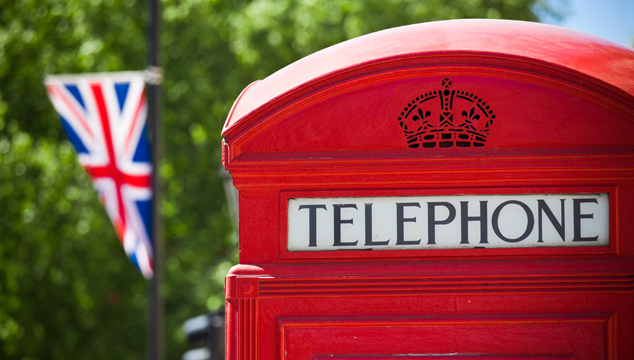 I love the Olympics. It is such an exciting event! The 2012 Summer Olympics in London just ended, and I realized that there are few things you can learn from everything that happened!

1. How to Politely Say That Someone Lost

Athletes from Canada won 18 medals at the Olympics. Only one person won a gold medal. One! Many of the medals were won by athletes who were not well known in Canada before the Olympics. Many well-known athletes performed very badly and did not win medals. The commentators on TV thought of many euphemisms to say instead of “He lost.”

A euphemism a nice and pleasant word to say instead of something that is unpleasant or offensive.

Here are some polite things to say instead of “he (or she) lost”:

It was a personal best. = the person did the best they have ever done
This was a learning experience.
She set a Canadian record!
It’s only her first Olympics.
She tried her best.
He made the country proud.
He should be proud of his achievements.

2. The Home Team and Home Advantage

Team Great Britain was the home team. The British athletes were competing in their own country. It is possible that the GB athletes had a home advantage over the athletes from other countries. In every competition, the audience cheered very loudly for the GB athletes. The team won 65 medals, including 29 gold medals! This is the most medals Great Britain has ever won at any Olympics in the past 100 years.

This is very common in sports. It is believed that when a team plays in its own city, it has an advantage over the visiting team. Other variations of this phrase include home field advantage, home court advantage, home ice advantage.

3. “Mom slang”: Why You Should Be Careful When Using Slang!

Ryan Lochte is an American swimmer. He won 5 medals at this Olympics. He is very good-looking, very charming, and he has become very popular! His mother was interviewed on an American TV show, and the interviewer asked her if her son was dating anyone. She answered,

He goes out on one-night stands, … He’s not able to give fully to a relationship because he’s always on the go.

This is a very embarrassing thing for a mother to say! A one-night stand is when you have sex with someone once, usually someone you don’t know and just met, and then never speak to that person again or continue a relationship with him or her. It was clear to everyone, however, that Lochte’s mother didn’t understand what one-night stand actually meant! She meant to say that he only goes on one or two dates with a girl because he doesn’t have time for a serious relationship.

This is an important lesson: it can be VERY embarrassing to use slang incorrectly!

American swimmer Michael Phelps has competed in 3 Olympics. He has won 22 medals, including 18 gold medals! He has won more Olympic medals than any other athlete in any sport in Olympic history.

Jamaican runner Usain Bolt has competed in 2 Olympics and won 6 gold medals. He holds the world record in three running events. No man has run faster than him at the Olympics.

How can we describe both of these athletes? We can use superlative adjectives! Here are some ways they have been described in the media:

Usain Bolt
The fastest man alive.
A legend.
The world’s fastest man.
An icon.
The best sprinter that has ever lived.
The greatest athlete ever.

Here’s how Usain Bolt described himself:

I’ve shown the world that I am the greatest athlete. (source)

I came here with one goal and that was to become a legend. You’re looking at him right now! (source)

5. Phrasal Verb: Pour (or Throw) Cold Water on Something

It didn’t take long for someone to pour cold water on all these superlatives.

Sebastian Coe is the head of the committee that organized the London Olympics. He said that Michael Phelps “is probably not” the greatest Olympian ever. He named some other athletes who he thought were greater than Phelps. (source)

Jacques Rogge, the head of the International Olympic Committee said that Bolt is an “icon,” but he is not a legend yet. He needs to win medals in more than two Olympics. (source)

When you pour or throw cold water on something, you say something that stops everyone else from enjoying it or being enthusiastic about it.

In the English-speaking world, we love to give people nicknames. A nickname is an informal, sometimes funny name that people call someone. It could be a name you chose yourself or a name that someone gave you.

Alliteration happens when all the words in a phrase or sentence begin with the same letter. In English, alliteration is often used for nicknames when someone has achieved something great. Here are some nicknames that were created during these Olympics:

The Fab Five! The Fierce Five! – for the American women’s artistic gymnastic team that the gold medal in the team event

Gabby the Great! – for Gabby Douglas, the American gymnast who won the gold medal in the all-round gymnastics competition

Matheson’s miracle! – a nickname given to an event, when Canadian soccer player Diana Matheson scored the winning goal in the bronze medal soccer game against France

In English, we also like to find new and funny ways to use words in nicknames. Here are some examples:

The Lightning Bolt
Usain Bolt is a fast runner. What an amazing coincidence that his last name is Bolt, because bolt is a synonym for run fast! It means to move quickly and suddenly from a place or to a place. Also, a lightning bolt or a bolt of lightning is the line of light that appears very quickly in the sky during a rainstorm.

The Blade Runner
Oscar Pistorius is an athlete from South Africa. He is a double-amputee: he has no legs below the knee. His legs were amputated (cut off) when he was 11 months old. At the 2012 Olympics, he became the first double-amputee to compete in the Olympic Games. He uses prosthetic legs (artificial legs) to walk and run. The prosthetic legs he wears to run are specially-designed blades. Because of these blades, he has been nicknamed “the Blade Runner.” Blade Runner is a popular Hollywood movie from the 1980s.

7. Creating a Better Noun from an Existing Noun: the Phenom

Missy Franklin is a 17-year-old American swimmer. This was her first Olympics. She won 4 gold medals and a bronze! The only person who won more medals than her at this Olympics was Michael Phelps, who won 6. This is a phenomenal achievement! It was amazing and unexpected. It is unusual for a teenager to win 5 medals in her first Olympics. A noun already exists to describe her: she is a phenomenon. However, it sounds better to shorten the word to just phenom.

8. How to Put the Bad in Badminton

Badminton is considered a very quiet, conservative sport. Usually there are problems in sports like boxing or soccer, but not badminton! In the first week of the Olympics, however, there was a big scandal in the badminton competition. Eight athletes were disqualified and sent home because they were purposely trying to lose their badminton matches (games).

You can see the word bad within in the word badminton. This is a funny coincidence, because the 8 badminton players were behaving badly. We have a great expression for this in English: the 8 athletes put the bad in badminton.

9. The Judges Mailed in the Results!

Synchronized swimming is a judged sport. A group of judges watch each routine and give it a score. There are two events in synchronized swimming: the duet competition [2 athletes] and the team competition. In each competition there is a qualification round and a final round. That’s a total of 4 performances. In all 4 performances the results never changed: Russia was 1st in the qualification events, the duet competition and the team competition. China was second, Spain was third, Canada was fourth, and Japan was 5th. Nothing changed. The results were the same in all four competition rounds.

The scores did not seem to match the performances. It appeared that the judges had decided the winner before the competition. After the Spanish team performed its final routine, the judges took a long time to announce the scores. A sports reporter on Twitter said that it was because “the judging panel couldn’t find the envelope in which the results had been mailed.” (source)

When you mail something in or phone it in, you don’t try very hard to do something. The judges didn’t need to be at the event to see the performances. They could have stayed at home and sent the results in the mail or called someone on the phone and told them the scores. The results would have been the same!

10. The Paralympics: a portmanteau!

The Olympic Games are the largest sporting event in the world. The second largest sporting event in the world is the Paralympic Games! The Paralympic Games begin on August 29 in London. The word paralympic is a portmanteau. It is a word made by combining two existing words: Paraplegic + Olympic. A paraplegic is someone who is paralyzed and cannot feel their legs or lower body, usually because of a spinal cord injury. The first international competition for impaired athletes was held in 1948. It was a sports competition for wheelchair athletes. The athletes were injured servicemen and women who suffered spinal cord injuries during World War II.

Paralympic also comes from the Greek word παρά / pará which is a preposition for beside or alongside, since the Paralympic games are now held in the same city just weeks after the Summer Olympic Games. The Paralympic Games now include athletes with many different kinds of physical disabilities.

What was the big story in your country?

Were there any problems with athletes from your country?

Were there any great performances by athlete from your country?