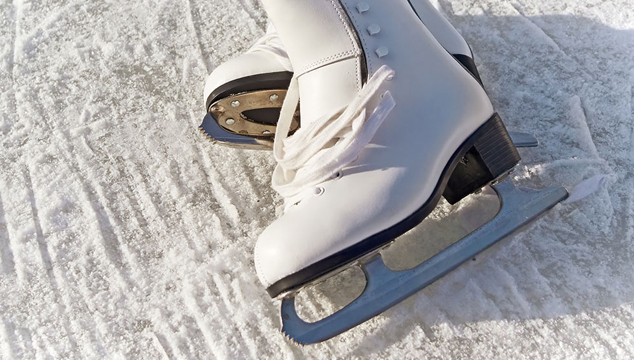 Listen to a story about a figure skating show I went to see downtown Toronto!

(This story was originally published in 2010.)

On Friday night I went to see a figure skating show called, “Stars on Ice.” It’s a tour that’s currently traveling across Canada. All the performers are Canadian, and they’re some of the best figure skaters that Canada has ever produced. They include past and present Canadian national champions, world champions and Olympic medalists. Each skater performed a solo routine (or duet if they were a pair!) and also participated in group routines. It was an amazing show! Figure skating is really popular right now because of the success of some of our skaters at the 2010 Vancouver Winter Olympics.

One of the performers was Joannie Rochette [she’s French-Canadian*]. She performed a beautiful routine dedicated to her mother. Two days before Joannie started competing in the 2010 Winter Olympics, her mother died of a sudden heart attack. Joannie decided to compete anyway in honor of her mother, and she went on to win a bronze medal. Her determination and courage at such a painful time in her life inspired the entire country.

Another performer was four-time World Champion Kurt Browning. He’s really popular in Canada and the audience was happy to see him! He’s arguably the best male figure skater Canada has ever produced, and he’s a good person who does a lot for charity. He’s also a big fan of hockey and at “Stars on Ice” he did his routine wearing hockey skates. That was incredible, because it’s very difficult to jump and spin in hockey skates!

I was really disappointed with the audience at “Stars on Ice.” The audience was really quiet. I was surprised that people weren’t cheering very loudly and there weren’t many standing ovations. Other than that, I had a great time. I thought all the skaters were outstanding. Canada has a small population. There are only 30 million of us, so it’s impressive that Canada has produced so many world-class figure skaters!

NOTE: One of the performers was Joannie Rochette. She’s French-Canadian. This is not the English pronunciation of the female name “Joanne,” “Jo-Ann,” or “Jo-Anne. Joannie Rochette is from Quebec, the French-speaking province in Canada, so her name is pronounced the French way.

I. The word figure is two syllables. The stress is on the first syllable /fɪg/. This is the syllable that is said louder and longer than the other syllable.

(*This is the same sound as in the words cure, pure, & failure)

Make sure you say the two words together, with no pause in between them.
FIGURE skating
FIGURE skater