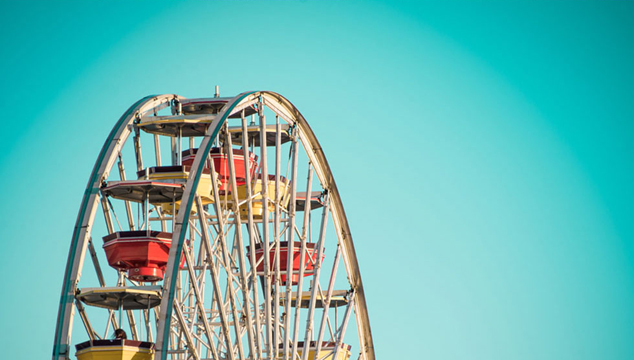 Listen to a story about spending the day with family at an amusement park!

You’ll also learn how to pronounce abbreviations, like “CNE.”

This past weekend I went downtown Toronto with my family to spend the day at the Canadian National Exhibition. It’s called the CNE for short! It’s a huge fair that includes rides, games, food, parades, arts & crafts, and entertainment all in one place. It’s held every year for 18 days at the end of August, and it’s an annual end-of-summer tradition in Toronto!

I’ve been going to the CNE with my family for as long as I can remember. As a kid, I would beg my parents to let me go on as many rides as possible and play as many games as possible. I loved winning the stuffed animals that were given out as prizes. I still enjoy the fun atmosphere, but I don’t go on many of the rides anymore. Once in a while, I still play some of the games.

Learn more: Using would to describe past habits and routines

My favorite things to do now at the CNE are to eat & shop! There is an entire building with all sorts of food from around the world. However, the most popular food at the fair is these tiny donuts that are made right in front of your eyes! They’re only available once a year at the CNE, so there’s always a big line-up for them! I also like to spend time in the arts & crafts building. I love to wander around and look at all the incredible handmade stuff, because there’s always something interesting to buy.

The best part of the day was when we got to watch the practice session for the air show. The air show always takes place the last three days of the CNE. Pilots from the Royal Canadian Air Force fly planes solo or in formation and perform aerobatics. They fly so close together that it looks like they’re going to crash! It was fun but nerve-wracking watching them.

It was such a fun day!

NOTE: It’s called an “exhibition” because when it began 130 years ago, it was a place for the public to come and see the latest technological innovations or products that would be available soon. It has grown since then to include rides, games, food, etc. and now it more of a fair.

In the story, I used the initials CNE. It’s an abbreviation. It’s a shortened and easier form of the name Canadian National Exhibition.

When you say an abbreviation, make sure one sound flows into the next, and pronounce it as a word instead of individual sounds.

For example, C N E is not a natural way of saying an abbreviation.

When you say an abbreviation, stress the last letter: CNE /siɛn’i/

Did it sound like I was saying the words see and any together?

Actually, if you listen carefully, the stress is different.

We went to the CNE. We didn’t see anyone we knew.

Here are some more abbreviations:

Did you recognize any of those common abbreviations? Read the transcript on EnglishTeacherMelanie.com to find out what they are.