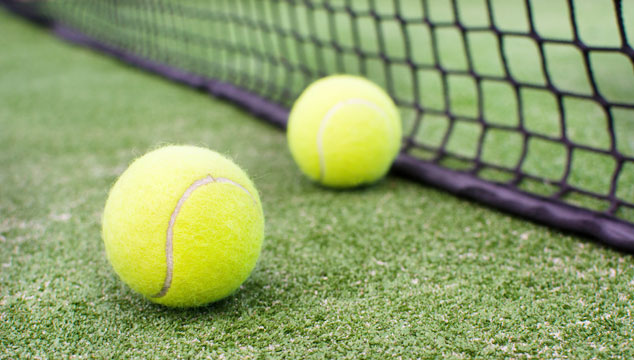 Maria Sharapova is a professional tennis player. She is from Russia. Today she held a press conference (a meeting with reporters) and announced that she had failed a drug test.

The press conference was short, but there are some great English expressions you can learn from her short speech.

Some background information: In January 2016 she played in the Australian Open in Melbourne, Australia. (The Australian Open is a tennis tournament.) When Sharapova was at the Australian Open, she had to take a drug test. This is to make sure that athletes are not using drugs to improve their performance. Two months later, the the International Tennis Federation (ITF) told her that she failed that drug test.

take a test / fail a test

I received a letter from the ITF that I had failed a drug test at the Australian Open.

We take a lot of tests in life. For example, we take tests in school to pass a course. We take a test to get a driver’s license.

Professional athletes take drug tests to make sure that they are not using substances to improve their abilities.

These are collocations. They are words that go together in a way that sounds natural and correct to a native speaker.

take responsibility for (something)

I did fail the test and I take full responsibility for it.

I have to take full responsibility for it, …

Politicians say this a lot, too!

If you take responsibility for something, you say that it is your fault that it happened, that you are responsible for what happened.

In her press conference, Maria Sharapova did not blame anyone for or accuse anyone of causing this problem.

I made a huge mistake, …

A mistake is something incorrect by accident. It could be something someone said or did or wrote. It is not something that someone intended to do or tried to do.

Sharapova did not know that the medicine she was taking was banned by the ITF. She did not take the medicine on purpose. She made a mistake.

I let my fans down. I let the sport down that I’ve been playing since the age of 4, that I love so deeply.

To let someone down means to disappoint someone because you didn’t do what someone expected you to do.

Sharapova felt that her fans expected her not to take banned drugs to improve her performance. (She didn’t know that the medicine she was taken had been banned by the ITF. She had been taking it for 10 years. The ITF only banned in on January 1, 2016.)

I know that with this I face consequences …

Yes, face is a verb, too! I know, English is confusing.

A consequence is a result of something you have done. Usually, a consequence is a negative result. In Sharapova’s situation, she will probably not be allowed to play tennis for a few months or a year as a consequence of taking banned medicine. She may have to pay a fine (an amount of money).

As a verb, face means to accept and deal with a problem or situation directly. Sharapova knows that her mistake has consequences. She will do what she has to do.

give someone a chance (to do something)

I don’t want to end my career this way, and I really hope that I will be given another chance to play this game.

A chance is an opportunity (to do something). Sharapova wants another opportunity to play tennis. She doesn’t want this mistake to end her career.

In this context, when you give someone a chance, you give them an opportunity.

Here is a video of her press conference (she walks to the podium at 43:17):