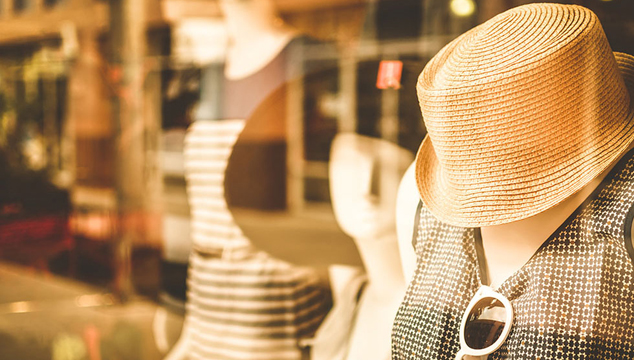 Listen to a story about all the problems I had trying to buy a dress to wear to my friends’ wedding!

Earlier this year I was invited to a wedding in New Zealand! Two of my close friends were getting married! I’d never been to New Zealand and I hadn’t been to a wedding in a long time, so this was a great excuse to buy a new dress!

I didn’t want to waste time dress shopping in New Zealand. I wanted to spend as much time as possible sightseeing, doing things with friends and resting before the wedding. I wanted to buy a dress before I left Canada. Since there are almost 200 stores in the nearby mall, I thought for sure I could find a nice dress there!

I spent an entire afternoon at the mall trying on dress after dress, but I came away very disappointed. I couldn’t find anything that fit my figure. Every dress I tried on had no shape to it. The chest, waist, and hips were all the same size and the dress just hung like a sack on my body. I know I’m not skinny, but I’m not fat, either. I’m somewhere in the middle, like most women. I couldn’t find any dresses made for a normal-size woman with curves. This was very disappointing.

On my way to New Zealand, I spent a week in Hawaii. I knew I would have better luck dress shopping there. There are a lot of places to shop in Hawaii since it’s a popular tourist destination! I was not let down! My hotel was near the largest mall in Hawaii. The very first store I went into had amazing dresses that fit me perfectly. The sales girl was so persuasive, I walked out of the store with TWO new dresses! I decided to wear one dress to the bachelorette party and the other dress to the wedding.

Listen to some sentences from the story:

“I hadn’t been to a wedding in a long time.”
“I didn’t want to waste time dress shopping in New Zealand.”
“I couldn’t find anything that fit my figure.”

Contractions are a basic part of natural spoken English. Instead of saying had and not separately, they are joined together, and some letters are left out of the final contraction, hadn’t.

Something interesting happens with these specific negative contractions. Had, did, and could all end with a d consonant sound. When they are contracted with not, not is reduced to the letters n and t. The d, n, and t consonant sounds all have the same tongue position, so in natural spoken English, they are not fully pronounced.

For example, to say the word hadn’t, move your tongue up to start the d sound, but don’t finish it. Keep your tongue pressed up against the top of your mouth: had.

Listen again to the negative contractions:

This also occurs with other negative contractions I didn’t use in the story:

It may take a while before you can hear the difference between the modal verb, and the negative contraction.

Listen carefully:
had / hadn’t
did / didn’t
could / couldn’t
would / wouldn’t
should / shouldn’t