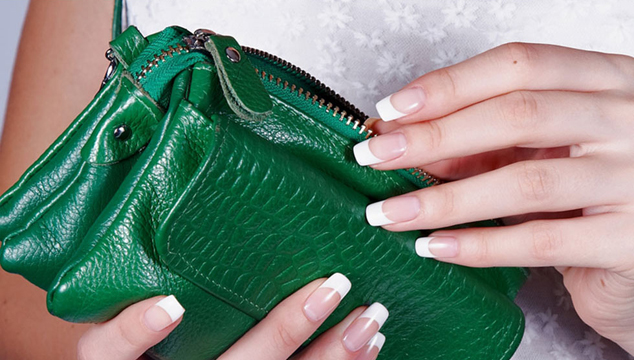 Listen to a story about a time when I went grocery shopping, but I forgot my wallet at home!

You’ll also learn two ways to pronounce the article “the.”

Have you ever gone shopping and forgotten your wallet, but you didn’t know you had forgotten your wallet until you were ready to pay for everything? That happened to me and it was really embarrassing. I went to the grocery store, as I do every week. I put my purse in the cart and went through the entire store. I filled my cart with all the items on my grocery list. I got to the checkout, and as the cashier was scanning all my items, I reached into my purse to get my wallet to pay for everything.

That’s when I realized my wallet was not in my purse! In a flash, I remembered where I had left my wallet. It was sitting next to my computer. Earlier in the day I had been trying to buy tickets over the Internet to a concert. I forgot to put my wallet back in my purse.

I felt so awkward! I quietly explained my situation to the cashier. Luckily she was very sympathetic. She told me to drive home very slowly, obeying all traffic laws, get my wallet, and then come back. I was really nervous about this! My house was only a 15-minute drive away, but it was pouring rain outside, and my driver’s license was in my wallet! It’s illegal to drive without a license!

When I returned to the store with my wallet, I went to the customer service counter. My two bags of groceries were sitting behind the counter. The technology in supermarkets is really advanced! The cashier had saved my bill in her computer. It had been saved with the helpful title, “Melanie who forgot her wallet.” At the customer service counter, the cashier found my bill in her computer, and I was able to pay for the groceries there.

Now, I always make sure I have my wallet before I leave the house!

TWO WAYS TO PRONOUNCE THE ARTICLE “THE”

Listen again and see if you can hear the difference:

The word the is one of the most commonly-used words in English. There are two ways to pronounce the.

Most of the time, it is pronounced the /ðə/.

However, when the comes before a word that begins with a vowel sound, it’s pronounced /ði/.

the entire store
all the items
over the Internet

Sometimes people will say /ði/ when they want to emphasize or exaggerate something, for example:

This is just one of many ways you can emphasize or exaggerate something in English.