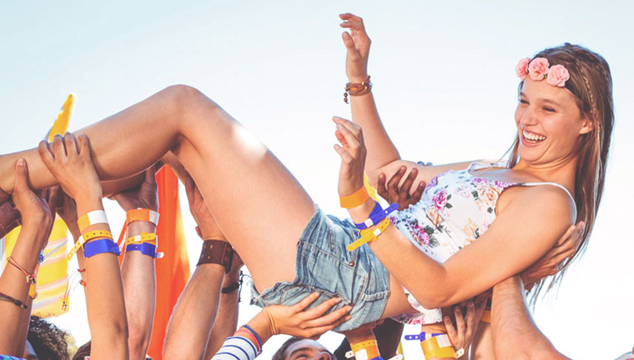 Listen to a story about a party on my street that got out of control!

You’ll also learn how to hear and make the reduced form of the pronoun “our.”

Our neighborhood is very quiet. I live with my family in a suburb north of Toronto. There are some families with young children in the neighborhood, but mostly the people living here are older, retired couples. Our house is on a hill. There is a street going up the hill with houses on either side of it.

Not too long ago, I was staying in on a Saturday night. Around 10:30 at night, I heard a lot of noise outside. I looked out my window and saw an unusually large number of teenagers walking up the hill. They just kept coming & there was no end in sight! I went outside to see where they were all going, and I saw that there was a mob of kids at the top of the hill. I’d never seen that many kids in our neighborhood, not even on Halloween!

Sure enough, someone in the neighborhood called the police. The kids had taken over the road. A lot of them had probably been drinking. They were yelling at neighbors and running between houses to urinate. One of my neighbors almost got in a fist fight with a kid who was mouthing off, and the police had to step in.

A 14-year-old girl who lives at the top of the hill decided to have a party while her parents were away. She posted the details on Facebook, and of course, it went viral. Kids SHOWED UP at her house from all over town, including people she didn’t even know. The police estimate(d) [*I should have said ‘estimated’] there were about 200 kids. It took 5 police cars and half an hour to disperse everyone.

I’m sure it was a great party for the kids. A party is always considered cool when the police SHOW UP, and I’m sure she was very popular at school after this. She was also probably punished by her parents when they got home and heard about what happened.

HOW TO HEAR AND SAY THE REDUCED FORM OF THE PRONOUN OUR IN FAST, NATURAL SPOKEN ENGLISH

Our neighborhood is very quiet.

Our house is on a hill.

I’d never seen that many kids in our neighborhood,…

Did you hear the word our in those sentences?

The pronoun our is unstressed and reduced in a sentence. In natural spoken English, it’s pronounced /ɑɚ/, exactly like are, the second-person singular and plural form of the verb be.

Listen to the story again, and listen for the reduced form of our.