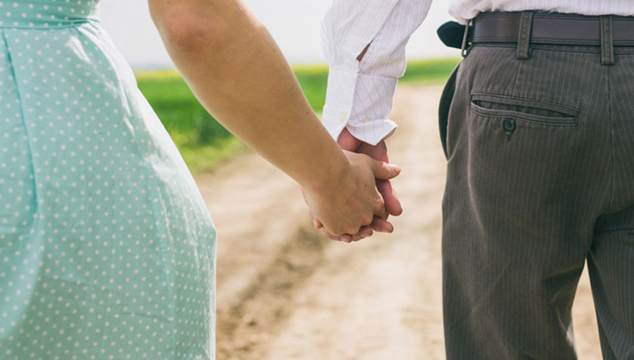 Listen to a story about celebrating my parents’ 53rd wedding anniversary!

You’ll also learn how to pronounce the word “anniversary.”

Last week, we celebrated a special day in our family. It was my parents’ 53rd wedding anniversary! Can you imagine living with someone for 53 years? That’s extraordinary! My parents are still in love and they still have a strong relationship. We’re a close family, so it was exciting to celebrate this day with them.

My parents met in the 1950s when they were both teenagers and they worked at the same place. My dad noticed my mom right away. He thought she was very attractive, intelligent, and fun to be with. When he asked her out on a date<, my mom had to ask my grandmother for permission. Luckily my uncle (my mother’s brother) worked at the same place and knew my dad. My uncle told my grandmother that my dad was a good guy and it was OK to let my mother go on a date with him. My uncle still likes to remind my dad of this!

My parents dated for a few years before they married. From all the pictures I’ve seen, it looks like they had a lot of fun together when they were young. They would go on dates to the movies or to parties and dances, and sometimes they would double date with my uncle and his girlfriend. Sometimes my grandmother even made my mother take her two younger sisters with her on dates! Fifty-three years later, my parents still have fun together. Every day they go out for coffee and do crossword puzzles together.

Learn more: Using “would” to describe past habits and routines

My parents didn’t want to do anything elaborate for their anniversary. On the day of their anniversary, our entire family went to a local restaurant for dinner. We had drinks & a lovely meal. It was a really nice evening! My brother quietly told the waiter that it was my parents’ anniversary, and the waiter brought out a cake for dessert, on the house!

NOTE: I wrote fifty-three at the beginning of a sentence instead of the number 53 because I was taught in school that you could not start a sentence with a number. Many people don’t pay attention to this rule anymore, but I still do!

There are two ways to pronounce the word anniversary and they sound very similar. Listen carefully:
/ænə’vɚsəri/
/ænə’vɚsri/

The first syllable is the sound /æ/

In English, double consonants are only pronounced once, so there is only one n sound. The second syllable is pronounced /nɪ/ or /nə/. In an unstressed syllable, the two vowel sounds are similar.
/ænɪ/
/ænə/

The third syllable is the stressed syllable. It’s pronounced /vɝ/ and it is said louder and longer than the other syllables.
ænəvɚ

The sa can be pronounced /sə/ with the reduced vowel sound /ə/,
/ænə’vɚsəri/

The y at the end of the word is pronounced /i/.
/ænə’vɚsəri/
/ænə’vɚsri/