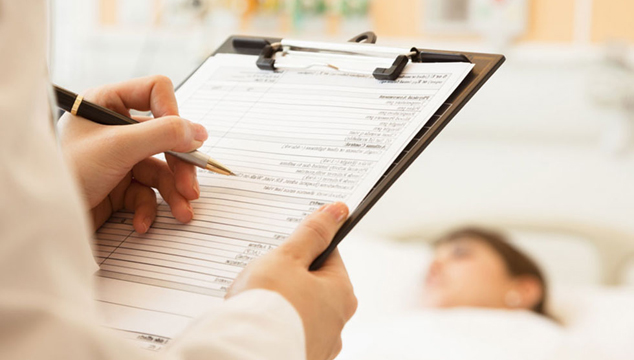 Listen to a story about visiting my aunt in the hospital after she had a stroke.

You’ll also learn how to hear and make the reduced form of the conjunction “and.”

Last week my parents and I went to visit my aunt in the hospital. About 2 ½ weeks ago she had a hemorrhagic stroke. It’s a stroke that occurs when one of the arteries leading to the brain suddenly tears or bursts. She lives by herself, so it was pretty frightening for her. The entire left side of her body was suddenly paralyzed. She immediately called 911, and the ambulance came to her house and took her to the hospital. Her local hospital didn’t have all the necessary equipment to diagnose a stroke, so a couple days later she was transferred to a hospital in a larger city.

I really dislike hospitals. They’re full of sick people and I feel like I’m suddenly going to catch an illness just by setting foot in a hospital. I know it’s crazy but I’m sure I’m not the only person who feels like that.

Being in the hospital has been a horrible experience for my aunt. She is in a room with 2 other stroke patients who are in far worse condition than she is. One lady can’t speak so she just makes noises all day. Another lady is completely paralyzed on the right side of her body. She says terrible things to my aunt like, “I’m praying to God that something bad will happen to you.” To escape her room my aunt sometimes goes to the TV lounge, but once, a strange man tried to hit on her. Can you imagine hitting on someone after they just had a stroke? That’s a bit weird.

My aunt has almost fully recovered from the stroke now. She goes to therapy every day and she has regained the feeling in her left arm and leg. She can walk up and down the stairs by herself and she’s regained her balance. She doesn’t want to be in the hospital anymore and finds it very stressful, but she calmed down while we were there. We sat outside in a park in front of the hospital for the afternoon. We ate lunch, and talked & laughed for 2 hours. She felt much better.

Listen carefully to some groups of words from the story:

my parents and I

walk up and down

her left arm and leg

Did you hear the word and in those phrases?

The word and is a conjunction. It’s a function word. It has to be in the sentence for the sentence to be grammatically correct, but it’s not an important word. In spoken English, it’s reduced and pronounced /ən/.

Here are some more examples of the reduced form of ‘and.’ They weren’t in the story, but they are common phrases.

Listen, and repeat after me:

Listen to the story again. Can you hear more examples of the reduced and?