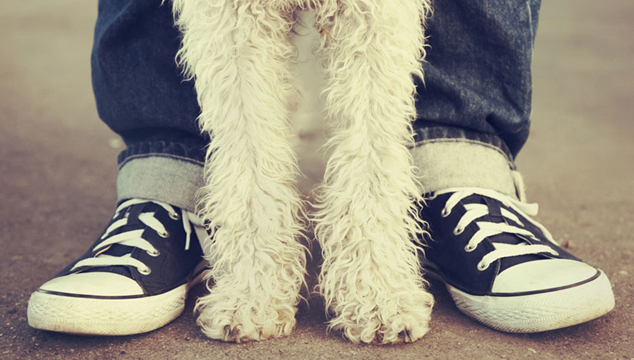 Listen to a story about a strange encounter I had with a dog when I went for a walk around my neighbourhood.

You’ll also learn how to contract and reduce the verbs “could have been” into the sound /kʊdəv bɪn/.

I recently had a very strange encounter with a dog in my neighborhood. The other day I decided to go for a walk to get some exercise and some fresh air. As soon as I closed and locked my front door, a dog appeared in my driveway and started barking at me. It’s not normal for a dog to be wandering around a residential neighborhood by itself. We don’t have stray dogs living outdoors on their own. I was really concerned about the dog & I wanted to help. He could have been far from home and he could have been wandering the streets for days without food or water.

I tried to show him that I was friendly and that he didn’t need to be afraid of me. I tried to get closer to him to check if he had an ID tag on his collar, but he ran away from me! He ran up the street, stopped, and started barking at a man walking down the street toward me. I wondered if this was his dog, but then the dog turned around and started barking at me. I continued to follow the dog, and this time he let me get close enough to pet him. I noticed that his ID tag said his name was Thor and there was also a phone number on it. Unfortunately I didn’t have a cell phone with me. I tried to grab his collar and lead him back to my house so I could call the phone number, but he was too quick. He ran away from me again.

All of a sudden, I smelled burning wood, and that’s not a common smell in the middle of the day! There was a fire in someone’s garage! Thor wasn’t lost. He was looking for someone to alert to the fire! What a heroic dog! I called out to the man walking down the street to ask if this was his house and let him know that there was a fire. He called 911 on his cell phone, and ran into the house to see if anyone was inside. Three people ran out. They didn’t even know there was a fire in their own garage! Apparently some wood in their garage caught fire after someone had been smoking a cigarette.

With all this activity, no one noticed that Thor had disappeared. He had alerted someone to the fire and this wasn’t even his house! His work was done, so he headed home.

Yes, this is a REAL, TRUE story!

Listen again to something I said in the story:

Did you hear me say could have been?

I contracted the two helping verbs could and have into one sound: /kʊdəv/

Since the verb have is just a helping verb here and not the main verb, it doesn’t need to be fully pronounced. It’s reduced. The h is not pronounced, and the vowel sound is reduced to the schwa sound /ə/, so it sounds like /əv/.

Sometimes even the /v/ is not pronounced at the end of have and the contraction is pronounced: /kʊdə/

Also, the past participle been is pronounced /bɪn/

This also happens with other modal verbs:
must have becomes must’ve /məstəv/ or /məstə/